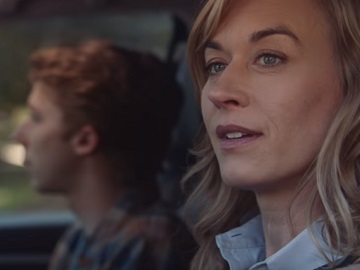 Volkswagen advertises The People First Warranty in a new commercial, featuring a boy who goes to college.

The 30-second ad features the teenager as he’s traveling in the company of his mother, who’s at the steering wheel, to another state, where his college is. Their thoughts are expressed in voiceover, highlighting the difference between the son and his mother. Thus, while the boy is glad to go to a college that’s three whole states away and that he will be able to do anything he wants, the mom is optimistic about the future. “I will only be three states away, I can drive up here anytime,” she says to herself as she drives down the city streets, convinced that her kid will be “so homesick.” Judging by his reaction, though, upon seeing the peers he will get to hang out with, it turns out he will not miss home, so much. “This is gonna be so sick,” he says to himself while looking at a beautiful brunette.

The commercial ends with the voiceover saying that, “No matter if your journey takes six years or 72,000 miles, your Volkswagen is covered with America’s Best Bumper-to-Bumper Limited Warranty”.

Earlier this month, the automaker unveiled the 2019 Jetta GLI at the Chicago Auto Show, and announced that the Atlas was named Best Large Utility in the 2019 MotorWeek Drivers’ Choice Awards, making it the second year in a row that Atlas topped its class in MotorWeek’s awards.