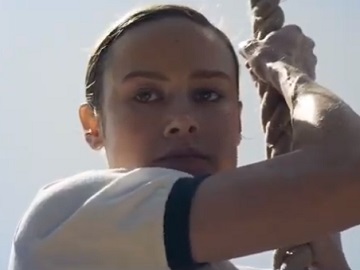 Vodafone UK advertises its Connected She Can program in a new advert, highlighting that the company has teamed up with Marvel Studios’ Captain Marvel to support millions of female heroes across the world, from those returning to work, learning how to code or simply fighting to get connected.

“No hero works alone. We all need to be connected. To go higher. Further. Faster.” onscreen lines read throughout the 45-second spot, which features scenes from the superhero film based on the Marvel Comics character Carol Danvers and also informs that Vodafone partners with women globally “so there’s not just one hero, but 50 million”.

The video also includes photos of various women from across the globe, from Alyssa, Head of Vodafone Foundation, to Waafa, a “devoted mother,” Judy, “a live-streaming grandma,” Pricidie, an Economics Student, Tanja, Senior Manager, Chaida, a Medical Student, Fugia, an aspiring doctor, Consolata, a new mum, Mary, an entrepreneur, and more.

The film, originally scheduled for release on July 6, 2018, premiered in London on February 27, 2019, and is slated for its Hollywood premiere on March 4, 2019. It will be subsequently released in IMAX and 3D in the US on March 8, 2019, which coincides with International Women’s Day.

Tags: Connected She Can, Vodafone Advert