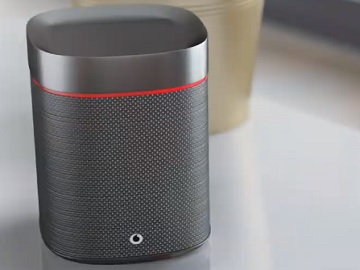 Vodafone Ireland has teamed up with Ireland’s best-known architect Dermot Bannon again for a voice-activated home assistant called “Dermbot,” which uses Dermot Bannon’s voice to communicate with you.

The company has released an advert featuring Bannon using the Dermbot and praising it. He starts by saying that “This thing is absolutely amazing,” and shows how you can ask it anything. As the spot goes on, a conversation between the two ensues, that covers various topics. We learn they both love maximizing light, but the love between them is not quite mutual. When Bannon tells the Dermbot “I love you,” Dermot Bannon’s voice is not heard anymore.

The advert, which ends with an onscreen line announcing that the Dermbot will be coming soon, is an April Fools’ Day joke.

The Irish architect, who travels across the world for his “Incredible Homes” TV series to give viewers a sneak peek inside some of the most lavish homes, partnered with Vodafone Ireland in October 2018 to help the company launch its Gigabit Broadband and show the many ways in which this super-fast fibre broadband can help transform the way we live, work and play in our homes today and facilitate truly connected living in the not-too-distant future.