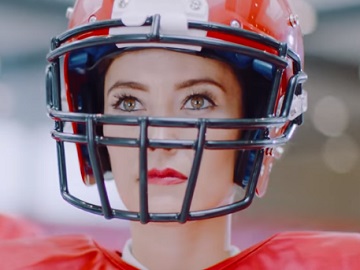 Virgin Atlantic celebrates its status as official sponsor of the National Football League with a new advert, released with the #PerfectTouchdown hashtag.

The 30-second spot opens with several pairs of legs that belong to the airline’s cabin crew, judging by the red heels, walking across the airport and leaving passengers in awe. As the video goes on, it turns out the cabin crew – consisting of three women and two men – got everyone’s attention thanks to the jerseys they’re wearing – they feature the text Virgin Atlantic Red Tails.

The end of the advert sees one of the three ladies throwing the football to the ground and the line “virgin atlantic – Official sponsor of the National Football League” flashing across the screen.

Virgin Atlantic became an official sponsor of the NFL in the UK, for the whole American football season, in October 2011.