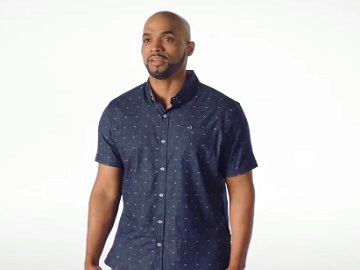 Verizon has released a new commercial, urging people to switch to Fios, highlighting that now they can get a Samsung Chromebook 3 or a $200 credit toward select Samsung tech when they switch to the 100% fiber-optic network.

“Why switch to Fios now? You get the best internet on the 100% fiber-optic network. And now, get a free Samsung Chromebook 3 on us,” the voiceover says at the beginning of the 30-second spot, which then features Luis, a father of two, who talks about what happens in his family when Wi-Fi slows down and what his expectations are in terms of internet. “We are a very connected family. When the Wi-Fi slows down, it creates chaos. That’s pretty much how the chaos looks. If I had like faster internet, it would make things much, much easier,” he says.

Toward the end of the ad, the voiceover informs that, when you sign up for Fios Gigabit Connection, you get the network’s fastest speeds available, enough for all your devices. “That’s internet you won’t upgrow,” the voiceover adds.

The video also informs that Fios Gigabit Connection, TV & Phone is $79.99/month with AutoPay and a 2-year agreement plus taxes, equipment charges and other fees.

Previous: Old Navy Jeans on Sale 50% off Busy Philipps Commercial
Next: Twizzlers Chew on It Guy in the Car Commercial