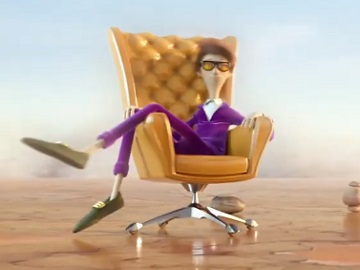 Vauxhall highlights that “things can end badly backwards” in a new advert, that is a take with a twist on Jack & The Beanstalk.

“This is the story of a very, very rich boy called Jack. One day, be brought a dead giant back to life and he gave the giant a goose that laid golden eggs, a goose that the giant had previously owned and which Jack had stolen. The giant stomped about shouting. Then Jack climbed down a giant beanstalk and swapped some magic beans for a cow. After which he lived in poverty with his mother until the day he was born,” says the voiceover on the 50-second animated spot, which features this story.

“Things can end badly backwards,” the voiceover also says, mentioning that this is the reason why the Vauxhall Astra Ultimate comes with reverse camera as standard and adding the tagline “Vauxhall – British brand since 1903”.

Jack & The Beanstalk is only one of the fairy tales used by Vauxhall to pitch its idea that “Things can end badly backwards”. The automaker has released other two spots, based on The Ugly Duckling and Cinderella, to highlight that the Vauxhall Astra Ultimate comes with reverse camera as standard.