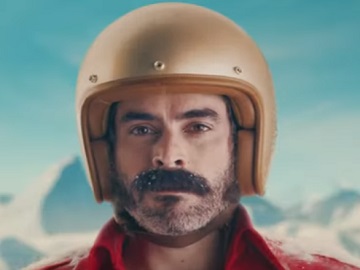 TK Maxx and Wieden & Kennedy London aim to inspire people to “gift different” this holiday season. The retailer’s Christmas advert, directed by Sam Hibbard through Somesuch, introduces skiing daredevil TK, who decided to step away from the “same old, same old” approach and gift different to his friends and family. As he skis off-piste, over an icy lake and a big log, he is shown throwing gift boxes that turn into surprising gifts (from TK Maxx) for the recipient. Among them are a crab bell, a record player, a necklace, and more. Eventually, he jumps into a chalet, where his family awaits.

Narrated by Kerry Shale, the advert, available as 20-, 30-, 40-second, and 60-second versions, features Maurice Ravel’s “Boléro”, which served as soundtrack for Torvill and Dean’s iconic figure skating performance in the 1984 Olympics.

The ad will make its TV debut in the UK on November 12.

Last year, TK Maxx invited consumers to find a neverending stocking in-store or online and get gifts delivered all year round.