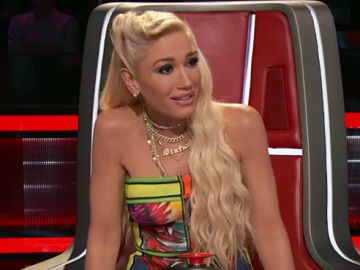 Gwen Stefani and the Voice reject Tuesday as the official Laundry Night and declare Sunday as Laundry Night in a series of new Tide ads.

The spots, created by multi-agency shop Woven, are part of a new integrated campaign that debuted during the first Sunday Night Football broadcast of the year and aimed at ensuring that no one misses football over a thing like laundry.

One of the videos, created like a promo for “The Voice,” opens with a young woman walking on stage while the voiceover makes an introduction that is interrupted, though. “This season on The Voice a young artist will get the chance of a lifetime to win America’s….,” he says, when Gwen Stefani, who is a judge on the show, starts talking. “Wait a minute. Did NFL just try to declare Tuesday night laundry night?” she asks, highlighting that The Voice is on Tuesday and that everyone knows that Sundays are for laundry. The girl onstage says she does laundry on Sunday night and Stefani takes the opportunity to say she looks spotless.

“Sunday night is laundry night and that is that,” Stefani says in voiceover at the end of the commercial, which also sees the brand’s tagline, “It’s got to be Tide,” flashing across the screen.

The campaign also includes other spots. One of them features Peyton Manning during a press conference, announcing that the NFL has declared Tuesday the new night for laundry, so no one misses football. Another spot, that follows the faux promo for The Voice, sees Manning in a press conference, as well, apologizing on behalf of the NFL and saying they “would never intentionally ruin a young singer’s dream.” The cast of NBC’s “Superstore” and Baltimore Ravens running back Mark Ingram have also been enlisted to star in other faux promos for the campaign.