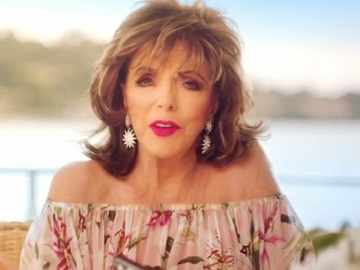 The 50-second spot, created by Gravity Road and entitled “The Switch,” features the Hollywood icon aboard a luxury yacht giving a speech to the camera and encouraging viewers to switch to Three.”Listen, darling. Having been married a couple of times, I do know a thing or two about relationships. Now it took me a long time to find The One. But there’s always plenty more fish in the sea. I’ve never settled for anyone or anything that didn’t float my boat. It’s now easier than ever to switch, so darling, if they’re not satisfying you, then just… ghost them. So take control. Ditch and switch to Three,” she says from the boat, which it turns out is named “Life’s a Switch”.

The phone network informs that, from 1st July 2019, mobile customers can now switch networks by simply sending a free text message and move networks as quickly as one working day.