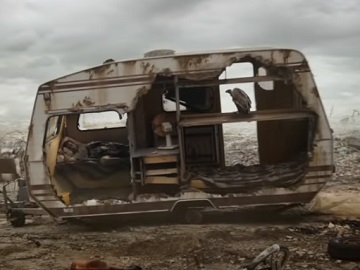 Thomas Cook kicked off 2019 with a new advert, showing how it feels when you wake up at a Thomas Cook hotel.

The 60-second spot tells the story of a man who wakes up in a different bed every single day and never knows where he’s going to be from one morning to the next. From a hammock hung in the jungle to a ramshackle trailer in the desert, to a pile of hay among goats, to a bed in a furniture store, to a bed in a prison, hugged by his inmate – he is seen waking up in all of these places. “Each day comes with its own unique set of challenges. Most days are though. Some of them are dull, and others are just plain weird. But every now and then they’re amazing,” the voiceover says, nodding to the fact that the guy also gets to spend the day at a Thomas Cook hotel, where he can engage in a variety of fun and relaxing activities.

The advert concludes with the voiceover urging viewers to book now and spread the cost monthly on selected holidays.

Last year, the British global travel company promoted its adult-only hotel in Majorca, Sunprime Monsuau, as “the perfect honeymoon hideout” in an advert featuring a young couple who looked like Prince Harry and his wife, Meghan Markle.

In another advert, it showed people what happened when they took their Home Weather Machine and simulated snow, rain and storms to unsuspecting holiday-makers on a sunny beach abroad.

Thomas Cook Group, which the third largest travel company in the UK and Europe, behind Thomson Travel which later became TUI Travel and Jet2 Holidays, owns a number of tour operators, as well as airlines based in the UK, Belgium, Germany, and Scandinavia. It also owns the booking website Hotels4u.