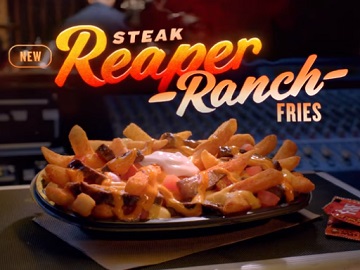 The spot showcases the menu item, which consists of a bed of fries doused with nacho cheese, marinated steak, diced tomatoes, and a dollop of sour cream, all of them drizzled with Taco Bell’s Reaper Ranch sauce, which is noted by its use of the Carolina Reaper (one of the world’s hottest peppers based on the Scoville scale).

The items are only available at participating locations, for a limited time, and the prices may vary by location.