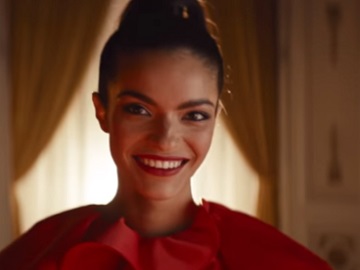 Taco Bell advertises its $1 Loaded Nacho Taco as the newest addition to the Cravings Value Menu in a new commercial.

Entitled “Tasty Illusion,” the 30-second spot features dozens of versions of a brunette woman sitting around a table filled with items from the Taco Bell Cravings Value Menu. “You can’t always believe what you see. Like if I told you hidden in the depths of this soft taco you would find crunchy, melty nachos for just $1,” the voiceover says while on screen the respective woman’s clones are seen indulging themselves with the $1 Loaded Nacho Taco.

“Would you believe me? Or you’re just seeing things?” the voiceover asks at the end of the commercial, which sees the protagonist opening her eyes at the head of the table and seeing no one else in the room.

The $1 Loaded Nacho Taco features nacho cheese, lettuce, cheddar cheese, and mini Southwest Seasoned Chips (which have lime, tomato, and garlic seasoning), all in a flour tortilla. There is also a spicy version of the taco that comes with jalapeños, and either version can be added to a $5 box.