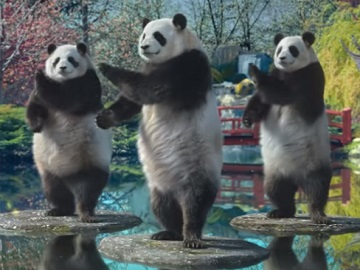 Sudocrem has launched a new £3m ad campaign, that aims to drive awareness for Sudocrem’s other uses including cuts, scrapes & grazes.

The UK nappy cream brand has released a teaser for the campaign film, which is set in a soothing and tranquil Japanese landscaped garden and features three panda bears gracefully practicing Tai Chi. At the end of the spot, a father is seen applying Sudocrem Antiseptic Healing Cream, which is recommended for cuts, grazes and scrapes, on the scrape on his daughter’s elbow, after she fell off her bike.

The TV ads were created by agency McCann Health, London, and brought to life by award-winning director, Tim James Brown.

The campaign, created around the concept of “Soothing Families,” also includes digital placements, social media, PR and in-store support, and encompasses the full Sudocrem product range, including their latest edition, My Little Sudocrem.