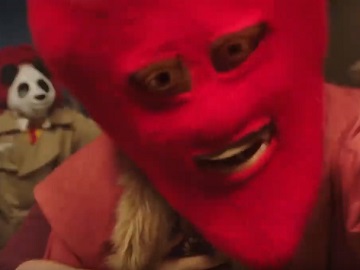 Subway UK continues its “Make It What You Want” campaign with a new installment, that announces the chain’s 21 new and improved ingredients.

“We believe you should make your Sub wrap or salad exactly how you want,” the voiceover says at the beginning of the 30-second ad, which features a variety of fresh vegetables for salads, meats, and sauces. As the voiceover talks about the addition to the chain’s menu of 21 new and improved ingredients so you can customise your meal, a bunch of masked men arrive by car on set, where it turns out the advert was being filmed, and – declaring that they (Subway) can’t give people so much choice – try to stop the crew from shooting the ad. While some of them are pushing aside the vegetables and other menu items placed on a table, others are trying to turn off the camera.

The advert ends with the onscreen line “Our new & improved menu. Loved by (almost) everyone”.