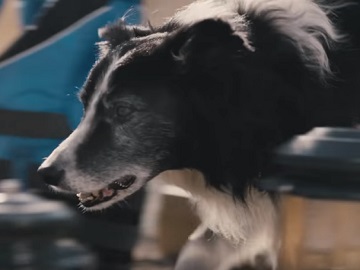 Subaru showcases the 2019 Forester in a new ad, part of a national campaign, aimed at emphasizing the SUV’s off-road capabilities and safety features.

The spot, entitled “For All You Love,” takes viewers on a journey back in time along with an aging family dog, that goes on an emotional tour through the vast trail of gear, milestones, and memories that their 10-year-old Forester helped make possible. As the dog walks down the path made of items from the family’s earlier life events, including birthday parties, the birth of a child, home improvements and moving, he – as well as the couple and their child – are shown as their younger selves.

“We fit a lot of life into our Subaru Forester. A lot of everything. Over all the years, we trusted it to carry and protect the things that were most important to us. Even those years we had no idea what we were doing. Our Forester helped us build a life and move it across three states. Even way back then, we knew we had a lot of life ahead of us. That’s why we chose a car we knew would be there for us through it all,” the voiceover says on the 60-second ad, which ends with the dog as a puppy being held by his owner, now wife and mother.

The voiceover presents the 2019 Forester, at the end of the commercial, as “the longest lasting, most trusted Forester ever”.