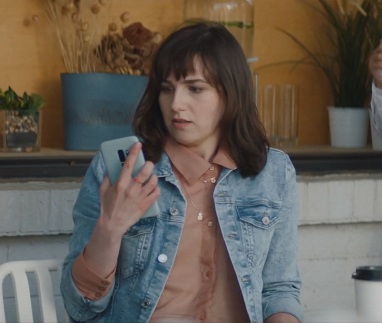 Spectrum advertises its Bring Your Own Device (BYOD) Program in a new commercial, highlighting that, while other carriers don’t want you to keep your phone, Spectrum allows you to do that.

The 30-second ad features a young woman who’s being chased by groups of people that represent different carriers. Everywhere she goes, she faces “enemies” willing to take her phone, but she manages to avoid them all and go to Spectrum, which lets her keep her phone.

“Why does it seem like the other mobile companies don’t want you to keep your phone? We don’t mind. Keep your phone, save your money,” the voiceover says at the end of the commercial, urging viewers to switch to Spectrum Mobile.

Earlier this year, in May, Danny Bowman, Chief Mobile Officer for Charter, said in a press statement that “Spectrum Mobile’s BYOD expansion gives customers the freedom to bring their existing device while saving up to 40% off their service plan”. “With Bring Your Own Device, Spectrum Mobile is making it easier than ever for iPhone and Samsung users to switch to Spectrum Mobile and enjoy the best LTE cellular network and the nationwide Spectrum WiFi network, without having to purchase a new phone,” he also said.

According to the mobile network, its customers have the freedom to choose from unlimited data, priced at $45 per month starting with the first line, or By the Gig for $14 per Gig, shared across all lines. Additional features of Spectrum Mobile include no long-term contracts, free nationwide talk and text including calling to Canada and Mexico, flexibility to change rate plans at no additional cost, and the most popular mobile devices with interest-free monthly installment plans.