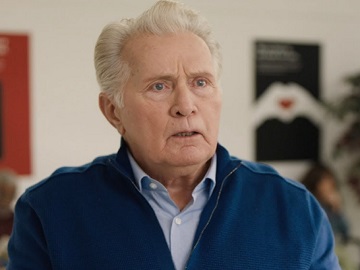 Free prescription savings service SingleCare has enlisted Martin Sheen to star in a new integrated ad campaign that aims to inform/remind Americans that they can save money on their medication by using SingleCare.

A 30-second spot features the actor “going crazy” at a pharmacy, as the description of a video of him, uploaded on the internet, says. “Something must be done to control prescription drug price,” he shouts after hearing the price he must pay for his medication. “Someone tell him about SingleCare,” a construction worker says as he’s watching the “pharmacy scene” on a billboard, while standing in the city streets. Many other people, including Sheen’s son, Charlie, also know about SingleCare and suggest it as a solution.

“Are you talking about the SingleCare app?” an old man at the pharmacy asks Sheen, who is then told by the pharmacist that she was actually going to mention that he could save up to 80% with SingleCare. “You knew about this?” Sheen asks the pharmacist, who then explains she hadn’t wanted to interrupt him because it felt like a West Wing moment.

At the end of the commercial, the voiceover highlights that it takes 10 seconds to lower the price of your prescription.