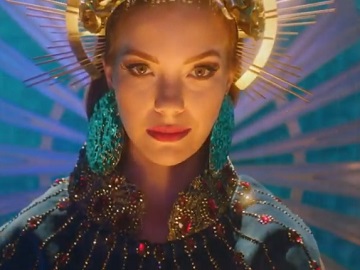 Sheba highlights, in its latest commercial, that, when cats want Sheba, humans are powerless to resist.

The 20-second spot features a young woman who unveils some tarot cards that read “Feed me now”. The beautiful woman is then seen in a gray cat’s eye who stares at her owner. The latter understands what his pet wants and gives her Sheba.

“Sheba. Resistance is futile,” the voiceover says at the end of the commercial.

This is the latest installment in the “Resistance is Futile” ad campaign, from agency AMV BBDO. The previous one features a young man at a family party, ready to propose to his gorgeous girlfriend, but who puts the ring aside and rushes to fulfill the feline’s wish. While he grabs a pack of Sheba Select Slices in Gravy with Chicken to feed his furry friend, the chorus of the hit power ballad “Can’t Fight This Feeling” by REO Speedwagon is playing in the background.

The premium cat food brand from Mars Petcare Sheba launched the “Resistance is Futile” campaign in 2016, with a commercial featuring a beautiful Russian Blue using its charm to convince her mesmerized owner to serve her Sheba meal at a very inconvenient moment.

The premium cat food brand from Mars Petcare also collaborated with Eva Longoria, in 2012, and with the Mad Men actress Christina Hendricks, in 2014, to promote its products.