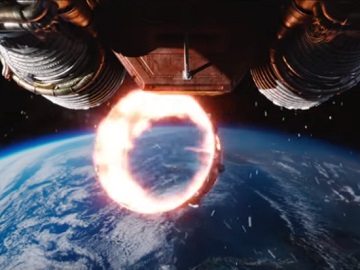 Samsung celebrates “the power of 8K technology and human exploration” with a new global campaign, created in partnership with agency adam&eveNYC.

Titled “TV Is Making History Again,” the campaign draws its story from the Apollo 11 moon landings 50 years ago and includes the airing of a 60-second spot within CNN’s broadcast premiere of the “APOLLO 11” documentary, on June 23rd. The commercial takes viewers back in time, in 1969, and shows dozens of people from across the world as they gathered in front of TVs to watch the historic moment of human achievement, when Neil Armstrong stepped on the moon. The video, featuring moon landing footage licensed from the groundbreaking “APOLLO 11” documentary, then goes on to the modern day and shows the same character – 50 years later – watch the same scene but this time in stunning resolution and full color, on the new Samsung QLED 8K TV.

“Few things changed the way we see everything. TV is making history again,” the voiceover says at the end of the ad.

The Appolo 11 documentary, directed and produced by Todd Douglas Miller and remastered into a remarkable 8K film that premiered at film festivals and in IMAX theaters, includes newly-discovered, never-before-seen 65mm and 70mm archival footage from NASA and the National Archives and more than 11,000 hours of uncatalogued audio recordings.

The campaign, which debuted on May 15 in the US, also includes OLV, digital, in-store, social, as well as globally-produced branded content featuring retired astronaut Scott Kelly, who shares a personal experience from his space travel, and a three-part digital video series that features a new generation of female leaders who develop groundbreaking technology to send humanity to the farthest reaches of the universe.