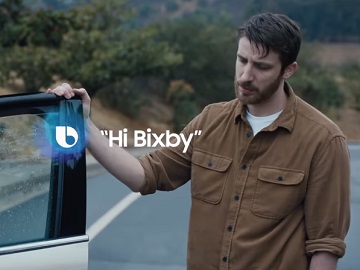 Samsung highlights, in one of its latest ads, that Bixby can save the day by turning on Power Saving Mode when you need it most.

The commercial, part of the “Hi Bixby” campaign, features a young man who stopped the car on a road, in the middle of nowhere, because of a flat tire. As he stands near the vehicle, assessing the damage, he shuts the door in an impulsive moment, locking himself out. With the car key inside and rain pouring down on him, he luckily finds a solution: he asks Bixby to turn on power saving mode and then call his mom.

“Do more with Bixby” an onscreen line reads at the end of the commercial.

The voice-powered digital assistant “adapts to your needs by learning your routine, the apps you like to use, and even remembers what you’ve already asked for and how, so it becomes more helpful over time,” according to the tech giant, which announced, in October 2017, the release of Bixby 2.0 during its annual developer conference in San Francisco and subsequently rolled it out across the company’s line of connected products, including smartphones, TVs, and refrigerators. Bixby comes with three parts, known as Bixby Voice, Bixby Vision and Bixby Home, which means it can perform a variety of tasks, such as making calls, sending texts, snoozing morning alarm, identifying objects in real time, searching for them on various services, offering the user to purchase them, if available, reading QR codes, translating text and spoken messages, recognizing landmarks and more.