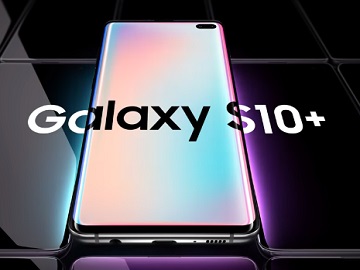 Samsung presents its new Galaxy S10 as the “Next Generation Galaxy,” the phone genuinely designed for the next generation, in the first official TV commercial.

The 60-second ad showcases the smartphone and some of its most important features including next-generation screen, the Cinematic Infinity-O Display that marks the most innovative Galaxy screen yet, On-screen Ultrasonic Fingerprint, which enables you to simply touch the glass to unlock the phone, 5 Pro-grade Cameras, and Wireless PowerShare, a smart power sharing feature that gives you the ability to share your power with other devices, such as headphones and smartwatches.

The commercial, set to the tune of “Get Dat” by Rayelle, ends with the onscreen line “Next Generation Galaxy has arrived” and also features the other two smartphones part of the Galaxy S10 line-up, namely the Galaxy S10+ and the Galaxy S10e.

The South Korean tech giant has also presented, at its dual Unpacked events in London and New York, the highly-anticipated Galaxy Fold. The brand’s first foldable smartphone comes in four different colours, has a 4.6-inch display on the front of the device, but when unfolded it’s a massive 7.3inch infinity flex display, six cameras – three on the back, two on the inside and one on the front so you can take a photo in whatever position your phone is in, and two batteries.