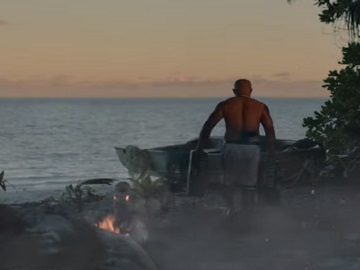 The Royal Navy is now recruiting members for the Royal Marines Commandos and has released a new advert, aimed at demonstrating the skilled ability of the fighting force.

The 60-second spot, created by agency Engine and titled “Pirates,” features a pirate camp where a unit of Royal Marines Commandos has silently infiltrated and captured several enemies. “You won’t see us coming. You won’t see us leave.” onscreen lines read throughout the video, which is in the style of a video game and ends with the Royal Marines’ long-running tagline, “It’s a state of mind. You may already have it”.

Paul Colley, head of marketing at Royal Navy, said in a press statement that “This film showcases the stealth required during certain operations, and serves to highlight there are many facets to the ‘state of mind’ needed to become a Royal Marines Commando. It also reinforces that as a Royal Marine, you can be more than you ever thought possible”.