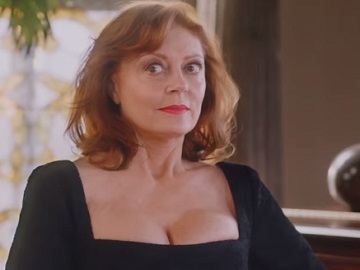 The two American actresses are the protagonists of a short film entitled “Jewels to Shoes,” which is actually based on Antonio Pietrangeli’s 1965 film “Io la conoscevo bene” (“I Knew Her Well” in English). The story, brought to life under creative direction of Gherardo Felloni, unfolds in the heart of upstate New York and features Anna Sophia Robb as an aspiring actress and Susan Sarandon as an eccentric drama teacher. The latter, who is a shoe-obssessed lady, gives lessons to a group which includes other four young women and a guy. Instagram sensation Tuna the Dog, who has 2 million followers, also stars.

“I gasped when I learned I’d be working with one of my icons, Susan Sarandon. Susan embodies enduring class, sass, and style, as does Roger Vivier. It was a true honour working alongside these creative forces that have shaped our vision of womanhood,” AnnaSophia Robb said in a press statement about her filming with Sarandon.

Sarandon is not the only “silver-screen heavyeight” enlisted by the high-end footwear and accessories house. Last December, Gherardo Felloni brought Catherine Deneuve to feature in a film celebrating the launch of the Très Vivier shoe, part of his first collection for Roger Vivier.