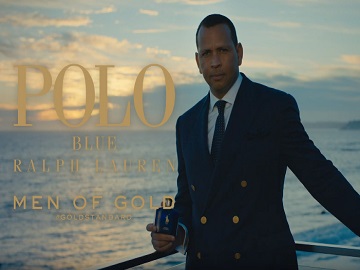 The three men talk about what makes them men of gold and share how visualization guided them on their journey to gold.

“Start visualizing. If you can dream it, you can achieve it. Five minutes before you go to bed, five minutes when you wake up. Visualize the game, then take your chances,” MLB champion Alex Rodriguez says. “I was the first one out and I was the last one to leave. If you visualize, then you know how you want it to be. Then again you just have to take off and give it your all and believe in yourself,” Olympic medalist in slope style skiing Gus Kenworthy says.

UFC World Champion Luke Rockhold also says that “one of the most powerful tools is the visualization process of putting yourself in that moment, knowing what you’re gonna do, being able to let go of the outcome. That’s what makes a champion, that’s what makes a man of gold”.

The brand invites people to share how they set the gold standard using #GoldStandard #PoloBlueGoldBlend.