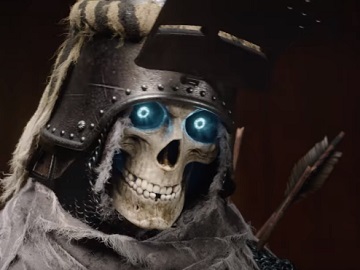 Raid: Shadow Legends announces the return of Deathknight in a new commercial.

The spot shows him at a therapy group session complaining that he keeps dying every time “I’ve got the right gear and my player is just amazing. He’s really putting the effort in… I’m starting to think maybe it’s just ME? Maybe I’m worthless,” the character says. “Worthless? No, we don’t use that word in here,” the therapist tells the participants, reminding Deathknight that he’s a 3-star damage dealer and pointing out that it’s the player’s loss.

He then reminds those around him that in the respective room they are all champions and encourages them to give Skeleton a hug.

Raid: Shadow Legends, developed and published by Israeli game developer Plarium Games, is available to play for free on all devices.