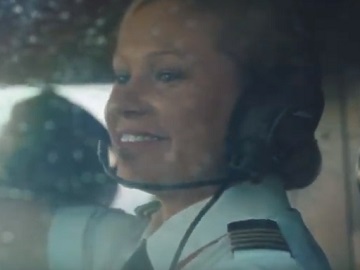 Qantas Airways has launched a new ad campaign, titled “Worth Every Moment” and aimed at highlighting that, thanks to the airline’s services, Qantas Airways you’ll find it’s worth every moment no matter where your journey takes you.

The campaign includes several spots featuring Qantas cabin crew members as they share their thoughts on their job, what they like about it, and more. One of them follows cabin crew member Ian Gunn, a former teacher who says Qantas has given him “a heightened sense of humanity of the world”. “Qantas has always been that emphasis on putting yourself into the job, your personality. You were hired on the strength of your personality, so why would you lock it away? The best part of the job is the people. You know, if I can change someone’s day for the better, then I feel like I’ve done my job. To me, there’s a big difference between serving someone and caring for someone,” he says in voiceover.

The spot ends with the onscreen lines “Making a difference each day. Worth every moment”.

The campaign focuses on the friendly crew’s exceptional service from check-in to landing, on the tasty menus, inspired inflight entertainment, the comfort and space across the airline’s four cabin classes. Other ads feature QantasLink Captain Alana Wark, a wife and mother of two who becomes, during a Qantas flight, the one who’s looked after, and a man who uses the rewards for his business travel to take his wife and kids on a trip and spend quality family time together.