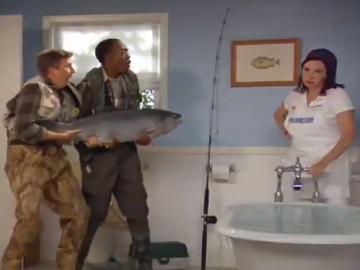 In case there are people wondering if Flo (Progressive’s spokesperson) is a maid, the insurance company has released a new commercial, highlighting that she is not a maid, she is here to protect your home and auto insurance.

The 30-second spot opens like a sitcom about a family that got a “wacky new maid” – Flo, who is always around, without people knowing why. She is seen in the kitchen, in the bathroom, and in the living room, taking people by surprise, while the voiceover is singing the “series” theme song.

At the end of the video, fed up to the back teeth of hearing that she is a maid, Flo informs the family about her real status: “Again, I am not the maid. I protect your home and auto,” she shouts in the front yard. But this doesn’t stop a neighbor who’s just passing by to ask the Kendalls who is their new maid.