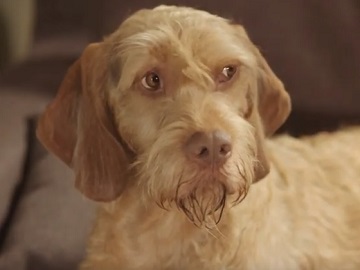 PokerStars has launched a new ad campaign, created by agency RAPP UK, to appeal to existing and new gamers alike.

The spots feature various scenarios that are expertly navigated by the protagonists with either a brilliant poker face or the perfect bluff. One of the protagonists is a dog called Eric, who sits on the couch watching TV, next to his owner, a woman’s husband who, questioned about the pie’s “disappearance,” makes a hilarious face, as if he doesn’t know. The dog proves he can perform “the perfect bluff” because the woman believes her husband is the one who did it.

“Nice bluff, Eric! You’re poker ready!” the voiceover says at the end of the advert, which features a Western-style track.

Another spot in the campaign features a family and the daughter’s boyfriend awkwardly watching amorous mating between two great apes on the TV, whilst another shows a bear charging into a packed sports bar in an attempt to get the best seat to watch the game.

Last year, PokerStars’ ad that suggested gambling on an eight and a three as a good strategy and implied that beginner players would thus succeed by bluffing, was banned by the UK Advertising Standards Authority, after a number of complaints.