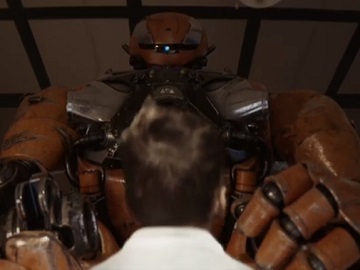 Spark New Zealand wants to help families balance screen time with playtime and, for the purpose, is working on a smart ball and app that are now put to the test by families from across Zew Zealand.

The initiative is advertised in a 60-second commercial featuring a boy who explains to a robot that he should play more outside. He begins his speech by talking to the robot about their latest mission to restore balance to the Universe and continues by communicating the decision he and his mother had made. “Mom and I have decided I should be out there a bit more. Things differ from my own galaxy. We could still play together. Just not all the time,”
the kid says.

At the end of the video, the boy is shown leaving the room and saying ‘Bye” to his friend. “Balance screen time with playtime,” an onscreen line reads.

Eventually, viewers are encouraged to get involved at spark.co.nz/play.

The Play by Spark, created in partnership with ball manufacturer Gilbert and creative technology company Nakatomi, consists of a prototype smart ball and app designed to help families balance screen time with active playtime by acting as a tool for conversations around screen time. The smart ball automatically wakes up when in use and begins tracking the amount of time spent in active play. Using a Bluetooth connection, the ball then syncs up to a nearby device with the Play by Spark app installed.

Child psychologist Dr Emma Woodward, who has developed the trial programme, will be reviewing progress and offering tactics on a variety of topics, including how to negotiate tantrums.