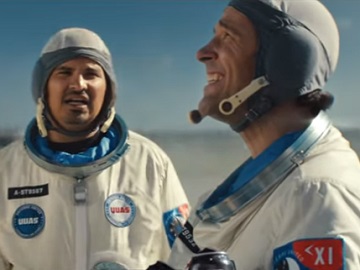 The 30-second ad, created by AMV BBDO and titled “No Can Left Behind,” sees the two actors as space explorers who prepare for a rocket launch. Going through their pre-flight checklist, they realize they have forgotten Pepsi MAX, so they immediately take action to get their hands on a load of their favorite drink. Rudd makes a last-minute dash to stock up, but he misses the launch. Just when he thinks his fellow is now traveling into space, he has a surprise.

Created by AMV BBDO, the agency that developed Pepsi’s new brand positioning “For the love of it”, the hilarious commercial was directed by Academy Award-nominated director, screenwriter and actor Taika Waititi, whose portfolio includes Thor: Ragnarok and Hunt for the Wilderpeople.