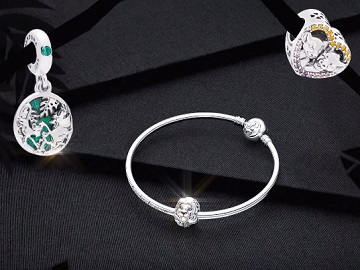 This summer, Pandora celebrates Disney’s The Lion King with the new Disney x Pandora jewelry collection. The brand has released a new commercial, showcasing some of the pieces included in the film-inspired line-up, such as a bracelet and selection of silver and Pandora Shine charms, including a stunning limited edition Simba charm.

According to Pandora, the collection celebrates the themes reflected in the film – bravery, empowerment, curiosity, strength, wisdom and friendship. The brand also invites you see The Lion King in theaters this summer and to merge personal style choices with a love for the film through this new, special collection.