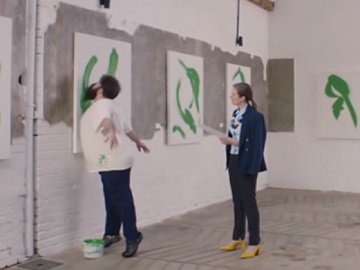 The spot features some people who think they’re so special, including an eccentric artist who paints with his beard because this allows him to really connect with his work, a young man riding a penny farthing (a type of bicycle with a large front wheel and a much smaller rear wheel) and enjoying the attention at light stops, and a woman who’s holding rocks on her head in one of her peril yoga vlog posts.

Finally, a young man is seen winning a daily jackpot on the Paddy Power app, but he is advised by the voiceover to not think he’s special because there are many other players who win every single day. “Paddy Power Daily Jackpot. Someone wins tonight and every night,” the voiceover adds at the end of the advert.