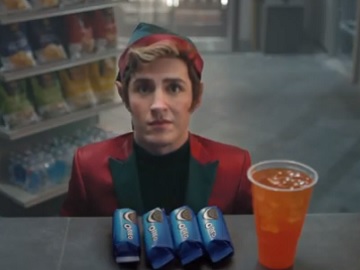 A lonely night takes an unexpected twist when two new friends connect over OREO cookies on Christmas Eve. This is the plot of OREO’S holiday ad, created by the Martin Agency.

The 60-second spot, released with the #OREOFORSANTA hashtag and the tagline “Stay Playful,” opens with an elf entering a gas station convenience store and repeating “Oreo for Santa”. He then heads to the checkout with four packs of Oreo and an orange soft drink. “You don’t know how this works, do you?” the clerk asks him, realizing he doesn’t know how to eat an Oreo. The elf, who reveals it’s his first day, soon gets to learn from the young man how to twist and lick the biscuit and dunk it into the glass of milk. The two become thus friends and, when Santa and the reindeer remind the elf that they need to take off, the latter asks the clerk if he wants to join them. Without hesitation, he follows the small customer, closing the store.

The ad, which marks the brand’s first holiday campaign since 2016, is available also as a 30-second version, which airs on TV. The campaign also includes the return on shelves of peppermint bark Oreo cookies and tins of fudge-covered Oreos, selling holiday-themed products, and sharing recipes on digital and social.