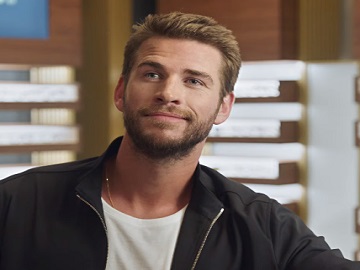 One of the spots included in the campaign features the Isn’t It Romantic star entering an OPSM store and telling the sales representative that he’s there to pick up his glasses. The latter is curious to know what they are all for, which leads Hemsworth to list some of the occasions he uses all those pairs of glasses, such as “family time, dominating, cooking, outdoor time,” and “generally staying humble”. However, onscreen images show him losing a chess game in front of a boy as part of the “family time,” playing tennis alone as part of “dominating,” rushing to extinguish a fire as part of his cooking, and going out like a star, with dozens of paparazzi and journalists waiting for him in front of his door as part of “staying humble”. “Wow, you do a lot of things,” the guy in the store says in response. Before heading out, Hemsworth remembers to give the employee a photo of him with his autograph on it.

According to OPSM, the new collection is designed to “suit your unique style and complement your face shape”.