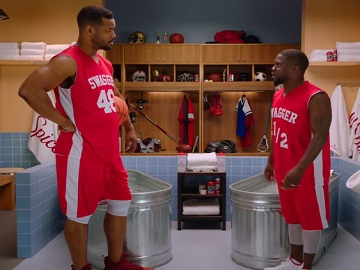 The spot features the two having a meetup in the locker room, where Hart hosts his show. Mustafa tells the comedian he needs to step up his defense, which the latter takes literally. However, he soon learns his fellow was refering to the sweat defense and shows him the effect Old Spice Sweat Defense spray has.

As they are enjoying the freshness, an unexpected guest shows up and ruins their moment.