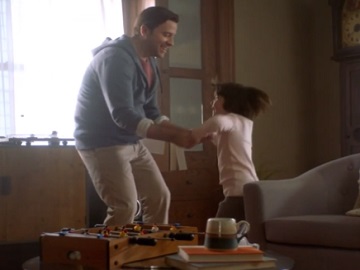 The spot, part of the “Feels Like a Million” campaign, shows a father who plays music on vinyl and starts dancing with his little daughter in the living room. “Winning enough for a new Saturday morning ritual. That feels like a million,” the voiceover says.

The “Feels Like a Million” campaign, created by Cleveland-based independent agency Marcus Thomas, was launched by The Ohio Lottery in June 2018, with focus on the emotional impact smaller monetary amounts of wins can lead to.