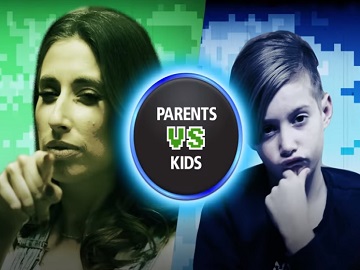 Is being called “salty” online a good thing? Know about ghosting and parental controls? Find out playing O2 and NSPCC’s Parents vs Kids quiz, which is now available on mobile, tablet and desktop.

O2 has released a new ad to promote the quiz, featuring this time Stacey Solomon and her oldest son, Zach. The English singer, television presenter and reality television star is seen taking the quiz with the boy, in their living room, and giving answers to questions about what “salty” means when used to describe someone who plays an online game, about “Ghost Mode” in Snapchat, about parental filter, about Facebook symbols, and more. “Who really knows more about the online world?” an onscreen line reads at the end of the video, which also sees the tagline “Let’s keep kids safe online” flashing across the screen.

Solomon is not the first celebrity to pitch the Parents vs Kids quiz, which is described as “a fun way to get parents and their kids talking about the online world, and pick up some tips on how to stay safe”. In October 2018, the telecommunications services company released a spot featuring Spice Girls alum Geri Halliwell Horner and her 12-year-old daughter Bluebell playing Parents vs Kids.