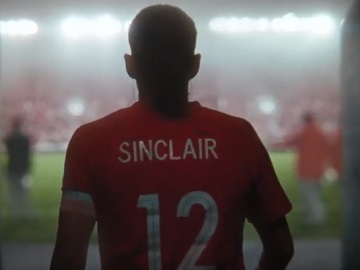 The spot, launched ahead of the first 2019 Women’s World Cup game of Canada’s Women’s National Soccer Team, which took place on June 10, features clips of various people – most of them kids and youngsters from all walks of life – as they’re wearing Sinclair’s jersey while doing different activities – going to school, doing the morning run, skating at the skatepark, playing basketball, and more.

At the end of the video, Sinclair herself is seen walking on the stadium, ahead of a game. “Make a nation believe. Just do it.” onscreen lines read.

Sinclair has been playing for Canada since 2000. Yesterday, her team eked out a 1-0 victory over Cameroon in their Group E opener in Montpellier. The one who scored was Kadesha Buchanan.