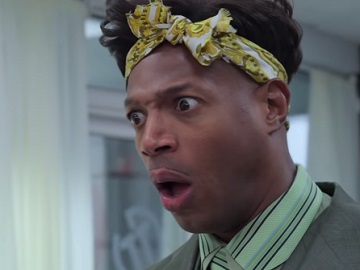 Netflix has released the trailer for its upcoming film Sextuplets, starring Marlon Wayans.

The comedy movie, from the people who brought you “Naked”, follows Alan (Wayans), a father-to-be who is shocked to learn that he was born a sextuplet. Willing to meet his long-lost siblings, he sets out, together with his newfound brother Russell, on a hilarious journey that will turn his life upside down.

The trailer gives viewers a glimpse into Alan’s adventures as he embarks on his “mission” and tracks down his five womb-mates – Russell, who helps him learn of their sextuplet status, Baby Pete, who is in hospital, in need of a kidney, Ethan, who can smell that “Republican money”), Jaspar, who seems an intellectual, and Dawn, his sister, who is an exotic dancer about to be released from prison.

Sextuplets premieres on Netflix this summer, on August 16.