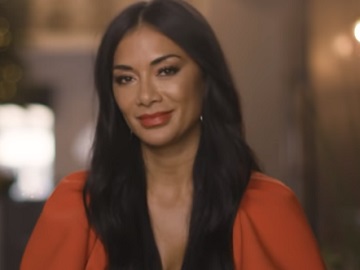 Stephen Fry, Bear Grylls, Nicole Scherzinger, Stephen Merchant, David Oyelowo and Tan France have all teamed up to star in a Movember ad and share some new facts about an old thing that has been staring you in the face for years – the moustache.

The video, titled “Movember Facial Hair Facts” and aimed at encouraging people to get involved in this year’s fundraising campaign for the men’s health charity, features the six celebrities telling some questionable facts about moustaches. Thus, Fry, who’s the one giving an introduction to the cause, says that, in the 80s, a monkey was able to complete a Rubik’s Cube in under a minute because he had grown a moustache, Merchant declares that the legendary band Queen have sold 200 million records “solely because Freddie Mercury had a moustache,” and Scherzinger says that the word moustache came from the Anglo-Saxon word for “virile badger.” Grylls states that “a moustache is the most efficient way to keep the human body warm,” adding that “you could be absolutely naked in the Arctic, if you had a moustache, you would survive”.

“So remember, this November, whatever you grow will save a bro,” the protagonists say at the end of the video, which also urges viewers to sign up now at the charity’s website.

“Movember is something very close to my heart. I’ve been personally affected by two of their three main cause areas, so how could I not get involved and support their work?” Fry, who battled a bipolar disorder and survived prostate cancer himself, said in a press statement about his partnership with Movember.

Movember encourages men around the world to grow the moustache in every form the month of November, to raise money and help fight prostate cancer, testicular cancer and male suicide.