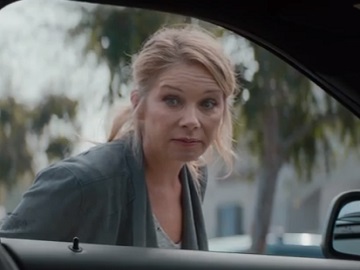 The “Married… with Children” actress, known for her role of Kelly Bundy, is seen getting close to her car after a trip to the grocery store and noticing that the door gets locked right in front of her. “Unlock the door, please,” she tells someone inside the car, most probably a M&M candy. “Real fun game. Just unlock the door,” she keeps insisting, while trying to open the door. Confronted with a refusal every single time, she doesn’t stop from requesting to have the door open. “I’m not kidding. Unlock the door,” she says, but her patience is apparently gone as she starts hitting the door and saying some bad words that are obviously censored.

A final onscreen line informs that the full spot will be available on February 3rd, aka when the Super Bowl LIII will take place. The 30-second ad, from agency BBDO New York, is set to air during the first commercial break of the game’s first quarter.