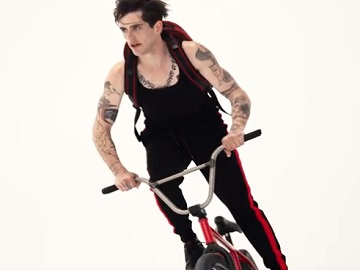 Shot by legendary photographer David Sims, the campaign film features Augie rocking some of the pieces included in the new collection, while in the background Cher’s “Hell on Wheels” is playing.

The award-winning designer of luxury accessories and ready-to-wear says that, “from urban outerwear to take-you-everywhere backpacks, they’ve got everything you need to live an action-packed life”.