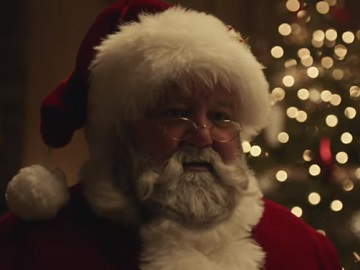 Mercedes-Benz has released a hilarious new commercial to promote its 2019 Winter Event.

The 60-second spot, titled “The Negotiation,” features Timmy, a young boy who captures an unflattering snapshot of Santa and uses it as a leverage to ask for what he really wants for Christmas. At first, Santa tells the kid to delete the photo, but the latter doesn’t have any intention to do that. On the contrary, he is determined to post it online, convinced that it will go viral, in order to get what he wishes – Santa’s sleigh.

As the video ends, it turns out Santa, who had initially offered all kinds of goods to Timmy in exchange for his “silence,” has eventually bowed to the kid’s demand. “It was pretty good this year,” the boy’s father says in the morning, seeing his son at the wheel of the red Mercedes-Benz.