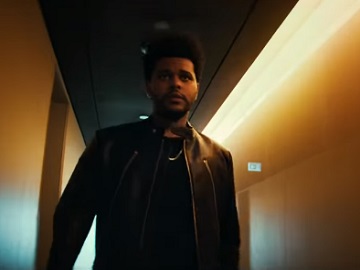 Mercedes-Benz showcases its all-new EQC 400 4MATIC, the brand’s first all-electric car, in a 2-minute and a half film starring The Weeknd.

The video features the Grammy Award-winning artist passing by a group of teenagers while heading to his car, the EQC. Scenes of the electric SUV cruising down the city streets are juxtaposed with footage of different Mercedes-Benz vehicles from across decades, since the company’s foundation, in 1886, and up to the current day, taking viewers on a journey across 133 years of design innovation.

Serving as soundtrack is “Blinding Lights,” the latest single by The Weeknd, who also served as creative director.

The Canadian musician chose to debut the song, from his forthcoming album, in the commercial for the EQC before releasing it widely.

The Mercedes-Benz EQC is powered by two electric motors, with a combined output of 300 kW. Additionally, the EQC has an electric range of approximately 445 to 471 kilometers.