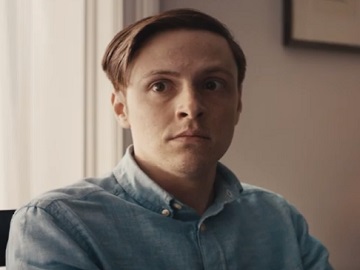 Mentos has launched its “Small Talk” ad campaign, for the Mentos Pure Fresh Gum, also in the US.

One of the spots features Gary, a young man meeting his girlfriend’s dad for the first time and being forced, at some point, to make small talk. Alone at the table with him, the guy tries to encourage himself to open his mouth and say something to fill the silence, such as he built something out of wood, but his potential future father-in-law does it after grabbing a Mentos Pure Fresh Gum. “I carved this wooden bowl myself,” he says, pointing to the bowl placed on the table, in front of them. The youngster replies he put up a shelf once.

“Small Talk it with Mentos Pure Fresh Gum,” the voiceover says at the end of the commercial.

The “Small Talk” campaign, from agency BBH London, was first launched in October 2018 and ran on TV and online in multiple markets, including UK, Belgium, the Netherlands and South Africa.