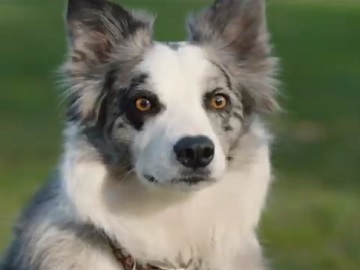 Mastercard has released a new star-studded commercial to highlight that “Together everything is possible”.

The spot, part of the credit card company’s “Start Something Priceless” campaign, is titled “The Red Ball” and features a host of celebrities helping Neymar Jr. to help his neighbor – a girl who was playing with her dog and a small red ball – get the ball back when it gets lost in the city. The video follows the ball’s journey and shows how, thanks to easy contactless payments done with Mastercard, getting the red ball back became possible.

The cast also includes Leo Messi, who, in his quest to catch the ball, gets “blocked,” South African rugby union player Bryan Habana, who quickly pays for a balloon with his Mastercard and gives it to a toddler in order to get the ball from him, but something unexpected happens, New Zealand rugby union player Dan Carter, who finds the ball while jogging on the beach, and Serbian retired professional tennis player Ana Ivanovic, who uses a guitar to hit the ball.

The end of the commercial sees the young girl getting her red ball back and starting to play again with her dog, who doesn’t try to catch it this time, though.

“Together everything is possible,” an onscreen line reads at the end of the ad.

For its “Start Something Priceless” campaign, Mastercard has also enlisted professional golf players Tom Watson and Justin Rose for a series dubbed “Tom Watson & Justin Rose Off the Course,”, as well as Camila Cabello, to remind people that every day is a chance to make someone’s day. Earlier this year, the singer appeared in a commercial that featured her walking down the streets of New York and making priceless surprises to various people on her way.