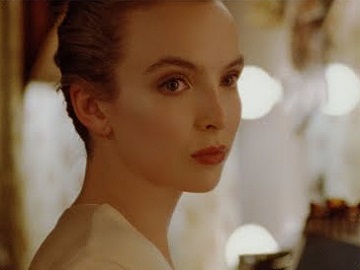 LOEWE has released the film for its Spring/Summer 2020 campaign, starring Emmy and BAFTA-winning actor Jodie Comer.

Created by agency M/M Paris and directed by actor Benn Northover, the 2-minute film features the Killing Eve star in her dressing room, looking at her reflection in the mirror and repeatedly pronouncing the word “Loewe” (pronounced low-ev-ay) across the whole spectrum of emotions. After initially whispering it, she then begins to enunciate it at an increasingly rapid pace, fanning herself in the meantime, adjusting her makeup and putting on sunglasses to hide her teary eyes.

The film ends with Comer saying the word “Loewe” in a half whisper, turning away from the mirror and gesturing with her left hand.

The 26-year-old British actress won the British Academy Television Award for Best Actress and, on Sunday, September 22, 2019, the Primetime Emmy Award for Outstanding Lead Actress in a Drama Series for her role as Villanelle.