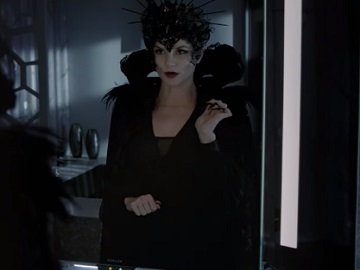 The spot features a woman dressed like Maleficent entering her room and asking the voice-enabled Verdera lighted mirror to set the makeup mode. She then begins to put on makeup, while the voiceover mentions that you can also search for shows, purchase tickets and more, such as nail polish, and “start wickedly fun playlist”.

Maleficent: Mistress of Evil, the sequel to the 2014 film Maleficent, with Angelina Jolie reprising her role as Maleficent, takes place five years after the first film and sees Maleficent’s life taking an unexpected turn when Prince Phillip proposes to Aurora and she accepts. The latter and Maleficent soon find themselves on opposite sides of an impending war as Phillip’s mother, Queen Ingrith of Ulstead, plans to use the wedding to divide humans and fairies forever.