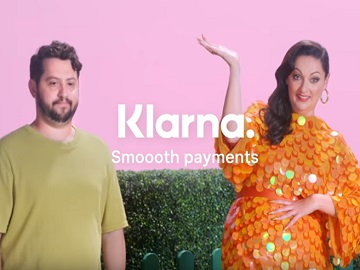 Swedish “pay later” service Klarna has tapped internet sensation Celeste Barber to front its first global campaign, titled “I wish I’d bought it with Klarna” and aimed at highlighting the convenience of its Pay Later products to consumers.

The campaign includes three videos created by 72andSunny Amsterdam, presented as episodes of Celeste’s own TV show “I Wish I’d Bought It With Klarna,” which is inspired by home-shopping TV shows and addresses some unfortunate shopping fails.

The first episode tackles Sue Ellen’s woeful hair curler, the second episode a problem of tiny proportions (miniature garden furniture), and the third episode an unfortunately see-through wedding dress. At the end of each ad, Celeste tells viewers this is why they should always use “Pay Later with Klarna”.

David Sandstrom, chief marketing officer at Klarna, said that Celeste “brilliantly captures the message of Pay Later and playfully demonstrates how shopping with Klarna can empower any buyer to shop confidently.” “It’s fun, quirky but most of all it makes us smile, and we’re excited to see how this resonates amongst consumers,” he also declared in a press statement.

The campaign, developed in partnership with Refinery29, also includes shorter versions of the episodes and six-second clips running as placements in countries including the UK, US, the Netherlands, Germany and Sweden.