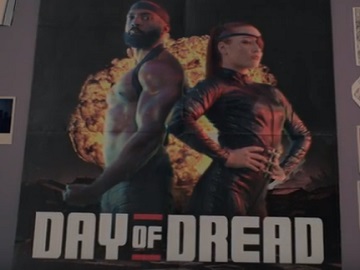 McCann London has created, for Just Eat, a series of four musical idents, aimed at celebrating “the joy of a Saturday night takeaway coupled with the nation’s favourite talent show to illustrate that joy can come in many forms”.

One of the videos features two teenage girls as they get together to watch The X Factor and enjoy, at the same time, a Just Eat takeaway. As they are getting ready for the talent show, the characters on a poster on the wall featuring the text “Day of Dread” (the twenty-first episode of season two of “S.W.A.T. (2017)” begin to sing “Did somebody say ‘Just Eat’?”.

The other three adverts show a chatter teeth toy in a woman’s office, two portraits in a gallery and a unicorn phone case as they are also performing the famous “Did Somebody Say Just Eat” mnemonic.

The adverts, which debuted on 12th October, are set to air during the ad breaks of Celebrity X Factor on ITV until 30th November. They will also air during X Factor All Stars from 9th through 15th December, as well as online.

Just Eat also gives fans the chance to get an exclusive behind the scenes look at The X Factor with Just Eat’s Xtra Bites, get to know the stars from its latest adverts, and win tickets to The X Factor Live Final on 1st and 2nd December in London, at the SSE Arena, Wembley. Details are available on the company’s website.